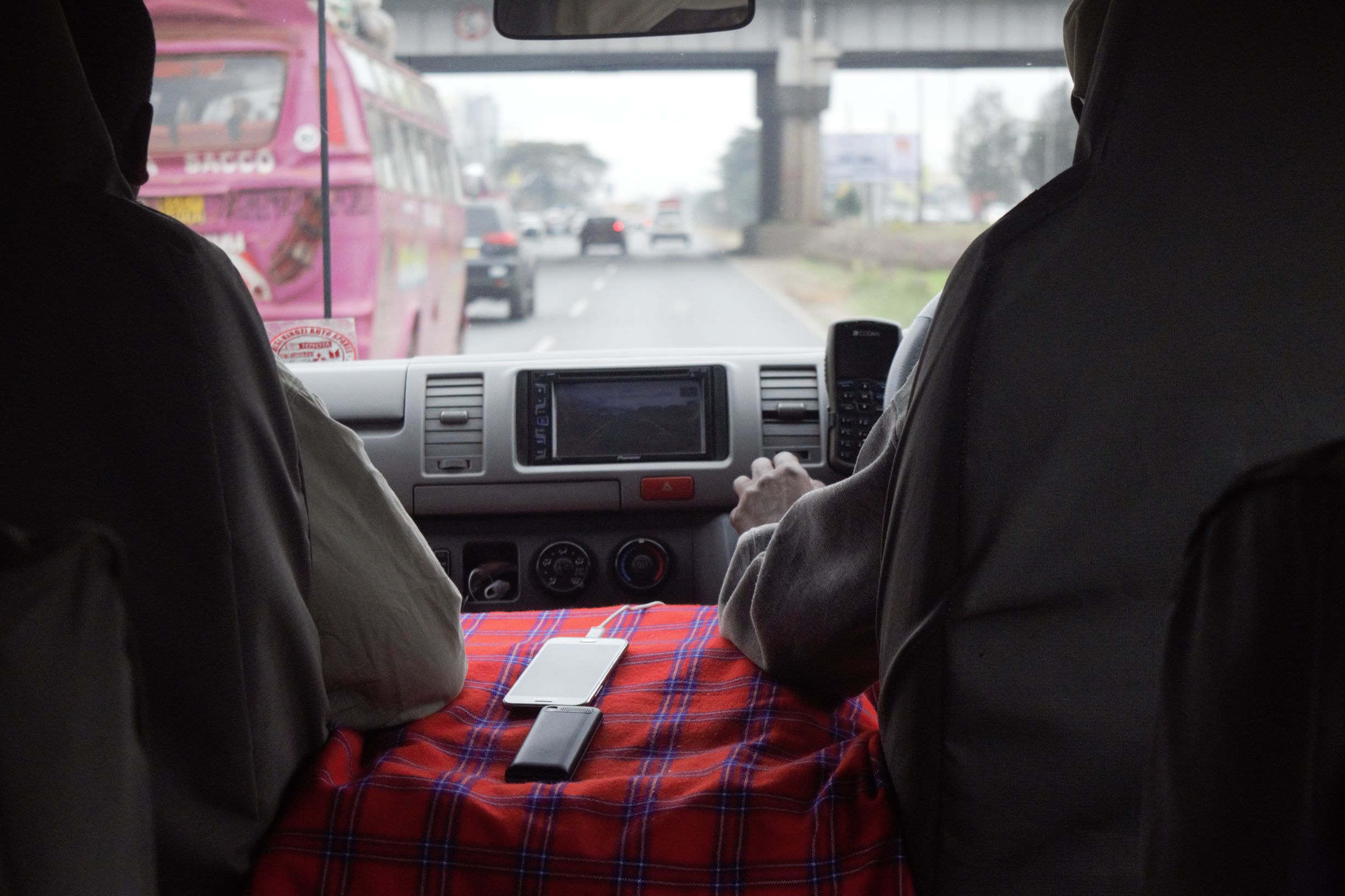 Some names and identifying details have been changed to protect the privacy of individuals, this is why we have used the cast names from the Lion King

A lot of people asked us how this all began. We kept a log of our experiences but we thought now is the time to share our story. We've had lots of ups and downs along the way, so trust us when we say this journey has not been a smooth one. The first chapter of this story is a complete downer, but as some of you know its not all doom and gloom!

"You must take your place... in the circle of life" (Mufasa)

Any visitor to the Maasai Mara will tell you, this is a once in a lifetime experience. You will fall in love with the Maasai community and especially with the wildlife! Our plan was just this, one extravagant holiday before we decided to settle down but Kenya had other plans for us.

We had planned for this holiday of a lifetime a year in advance. We researched, we found a driver, we created our own itinerary on where to go and what we wanted to see. We were really excited!

"Nala, you're going to love it here. This place is amazing. It's everything you could ever want" (Simba)

Ready to kick start our adventure of a lifetime but we were in for a shock.

We were greeted at the airport by our driver, (lets call him Scar) whom we have been speaking too for almost 8 months.

He told us he had Malaria and was unable to drive but he didn't want us tell us earlier, as he did not want us to stress out. It definitely wasn't the start we were hoping for!

He introduced us to another driver, lets call him Ed, who will now be joining us on our journey through Kenya on our 23 day adventure. What could go wrong, now we had two experts on our safari trip!

We landed at 9pm still buzzing. We headed to the hotel to get some rest as the next day was going to be a long one.

We gave Scar the rest of the money in cash to pay for the activities and tickets into the Safari Parks for the rest of the trip. We also asked him if we are able to pay by card in certain places so we don't run out of cash. (keep this in mind)

So, we don’t bore you anymore, below is a list of places we visited and paid the entrance fees by card. You can find pictures at the end of this blog post.

The roads were not smooth and we didn't realise that there are 6 gates leading to the Maasai Mara. We were advised by Scar that we were lucky, as Sekenani Gate is the only road that is tarmacked half way. (*update - fully tarmacked now leading to Kitumo Mara Lodges)

We found it difficult to find the camp at first as nothing was sign posted. When we finally found the camp, we were greeted by the Maasai Warrior staff who took our bags onto the rocky pathway that laid before us. We were escorted into a very simple and small dining area, where a lady was sat on her laptop.

Assuming she was one of the guests, we continued to take in the beautiful sights until our room was ready. We then heard a very small bark; a little puppy is going around our legs. We are both massive animal lovers, so naturally we sat on the floor and started playing with him. Then the lady on the laptop spoke up and said the dog's name, lets call him Mara and she introduced herself, let’s call her Shenzi.

We were a bit confused, did a guest bring her dog on holiday with her? She then introduced herself as one of the owners of the camp. That made sense but we were a little disappointed that we have been here for almost 20 mins, and she never introduced herself to us. She didn't offer us a glass of water or asked us about our journey.

It was a very simple design

A tent that had a patio and overlooked the mountain in the distance (which ended up being the land we had chosen). We walked in and there were two single beds on either side of the tent. Very basic, but this was what we had expected, and all Nala (Helen) cared about was having an en suite bathroom. The lights were on but the room was still very dim. The en suite bathroom was interesting, it was clear that it was built after the tent structure had gone up. In order to get to the bathroom, you had to unzip from bottom to top and the sides. The toilet was low, that you might as well been squatting. The mirror was so high, that you had to be 6ft or taller to see it. The shower was mediocre, all we wanted was a hot shower after the 6-hour journey but unfortunately it was freezing cold as was the whole tent.

But a king's time as ruler rises and falls like the sun. One day, the sun will set on my time here, and will rise with you as the new king. (Mufasa)

Highlight of the holiday

We got to the Maasai Mara entrance, and Scar told us we can pay by card. We happily paid without any hesitation. It was a fantastic drive, we saw a lot of wildlife, just as you entered the park. It was still very unreal; we were pinching ourselves.

"It belongs to no-one, but it is yours to protect" (Mufasa)

We came back to the camp, and we find one other guest, a lady sitting at the table waiting for dinner, along with the owner, Shenzi. Food was buffet style, very basic, a meat dish, rice, and salad but it looked really good. We appreciated the "family" atmosphere.

Charging was another adventure in itself. Our camera, phones, Go-pro and battery packs needed to be charged but there were no plug points in the tents. We had to charge them on a 4-plug extension lead in the dining room between sunrise and 10pm. Which is pretty impossible as we were out on drives from 6am until the evening. This gave us a charge time of few hours sharing with the other guests. Thankfully, we were well prepared, we had brought a USB adapter that allows you to charge 4 devices at the same time. We plugged that in and boom, the electricity for the whole camp went out. We were very baffled, we apologised and waited for the electricity to return. The staff suggested that we can leave the battery packs with them overnight so they can charge it for us elsewhere and ready for our morning drive. We happily handed over the 2 battery packs that had about 25% charge left on each. They returned these 8 hours later with only a 50% charge on each pack. Confused but once again we were prepared as we had an additional 2 battery packs with us!

So, by now you are probably wondering how did Kitumo Mara come about?

As we lay on our separate beds in the dark on a very cold night with only a blanket to cover us and with no heating, and fighting the mosquitoes away as the nets provided didn't' cover the whole bed.  We lay there, thinking how we would love our warm bed and a hot cup of tea right now.

I hear Simba (Vips) saying, "Nala, we can do this"? (even though I cannot see him, I turn to his direction and say "do what?". He responds with a little excitement in his voice, "this, the camp, we can do it better and it can't be that hard", (how wrong was he?). "Just find some land, put a couple of tents up but just provide a better service". I processed his idea for a few seconds and I agreed and we discussed it further until we realised, we need to be up at 7am for our morning drive, which was only 4 hours away. We ended this conversation with let's ask Scar and Ed if they know of anyone that is selling land in the area, which we did the next morning, and we told them about our plans, they were very excited and happy to help.

"just remember that those kings will always be up there to guide you... and so will I" (Mufasa)

All adding up now

During our discussions with Scar while we were still in London, we really wanted to go on a hot air balloon ride over the Maasai Mara. After researching, we realised it was very expensive. We were told by Scar that as a "gift" to us, we only needed to pay £35 each instead. We were off course very grateful and suspicious but accepted this kind offer but we were prepared in any case to pay the full price should it come to it.

So, at the end of the second day after our game drive, we drove to the Hot Air Balloon office to confirm our booking, Scar goes in while we waited in the van. He comes back panicked and says that his card isn't working and that the price of the balloon ride had gone up dramatically, he was happy to cover the difference if we would pay for it directly for now.  He then goes on to explain that he had a deal with the hot air balloon company where every 10th customer is free, however they had changed the deal and it is now every 15th customer. The hot air balloon was something we had been looking forward too and as we knew this was a possibility, we budgeted and took it in our stride.

"What am I gonna do with him?"(Mufasa)

We get back to the camp and within 5 mins of stepping into our tent, a staff member informed us that dinner is ready. We advised him that we had just got back and we will freshen up and come out soon.  After a further 10 mins, the staff member returns to our tent and pretty much summons us to dinner. We are pretty annoyed now as this was our relaxation time and our choice and if you know us well, we do not have a set time to eat. We decided to follow him to the dining hall only to find the table of 12 filled with guests and empty plates. They tell us they were waiting for us to have dinner together. It was a lovely gesture but not the most practical.

Embarrassed and very apologetic, we sat down to eat. Only to find the food was exactly the same as the night before. The new guests were also vegetarian and the only option they had was salad and chips. After dinner, we sat down by the fire and started talking to the other guests. We found out that they forked out a lot of money for a family room only to be told, the camp over-booked and they had to stay in a tent until the other guests leave.

"You can't eat me. It is forbidden to eat a member of the king's court!" (Zazu)

The experience was absolutely breath-taking, you can read about our experience and see some photo's here - our amazing hot air balloon ride

If you made it this far congratulations you deserve a prize, so here is  Part 2 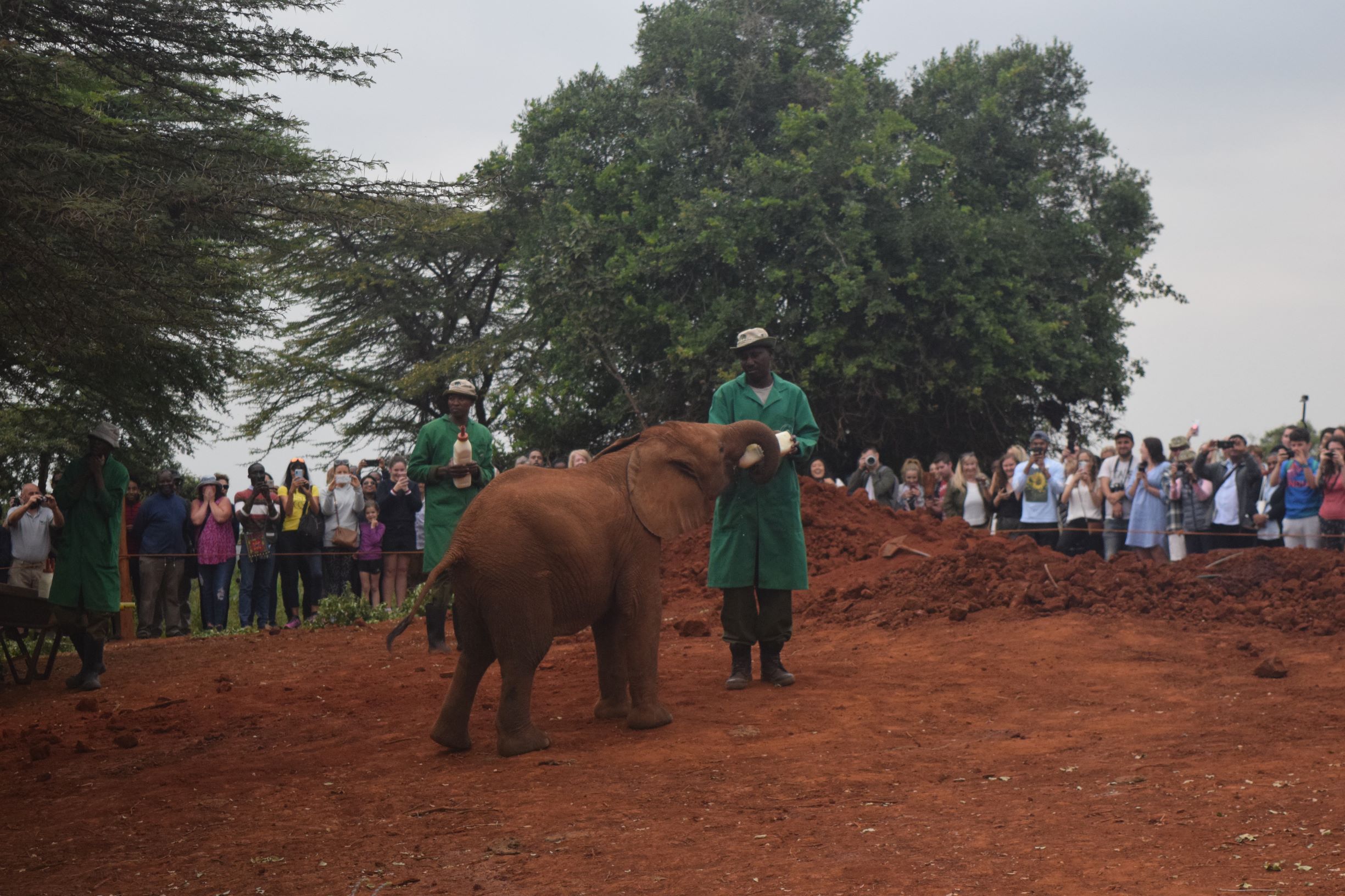 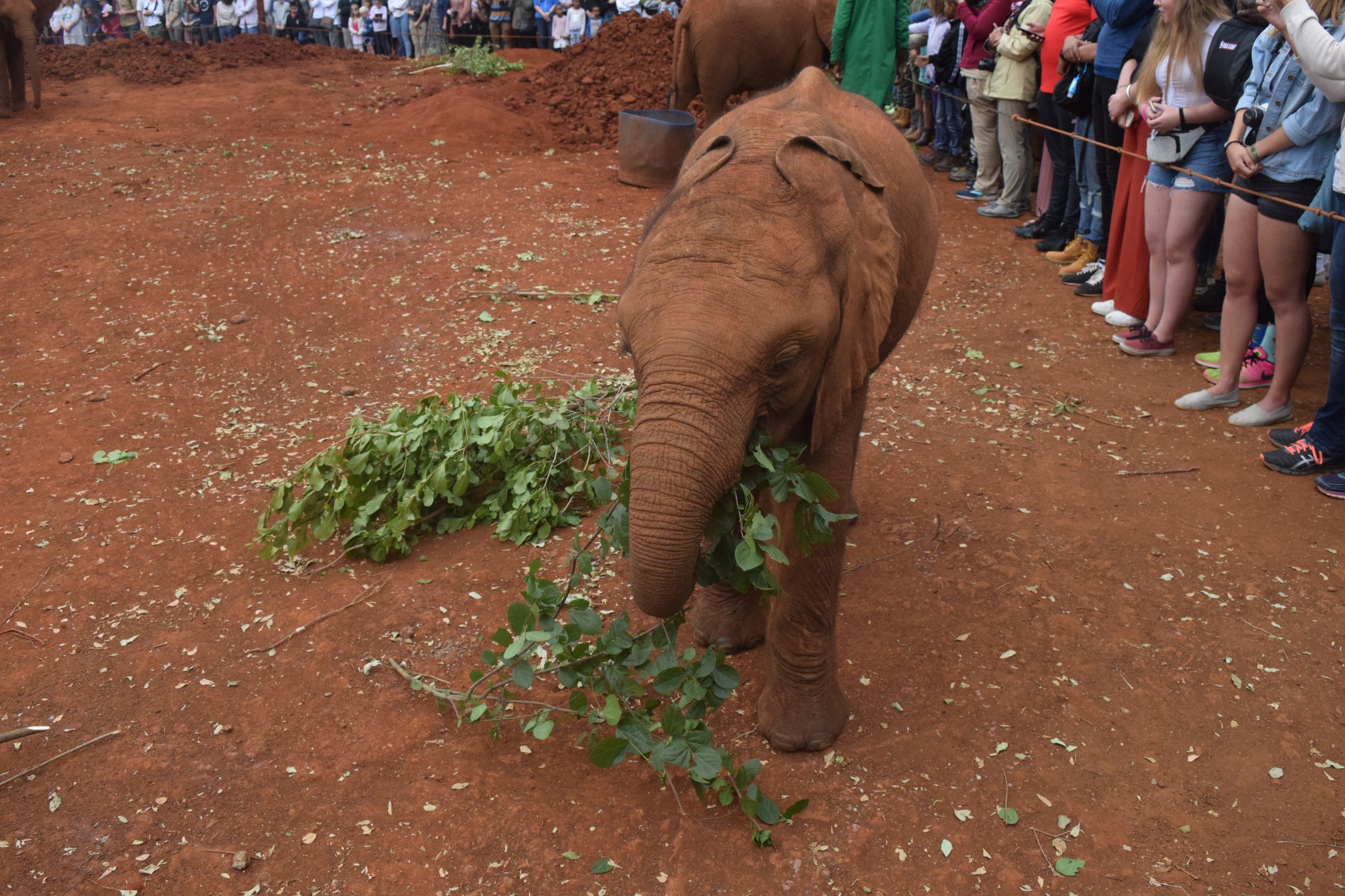 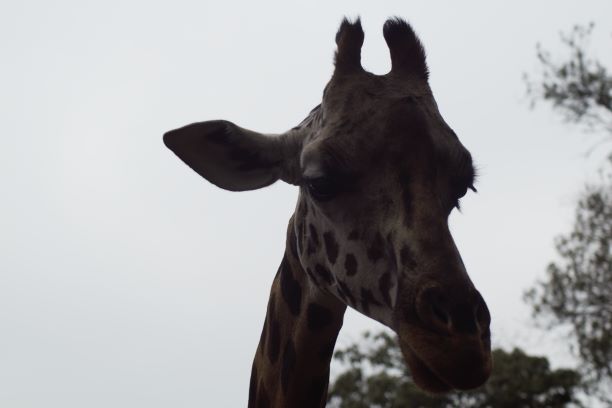 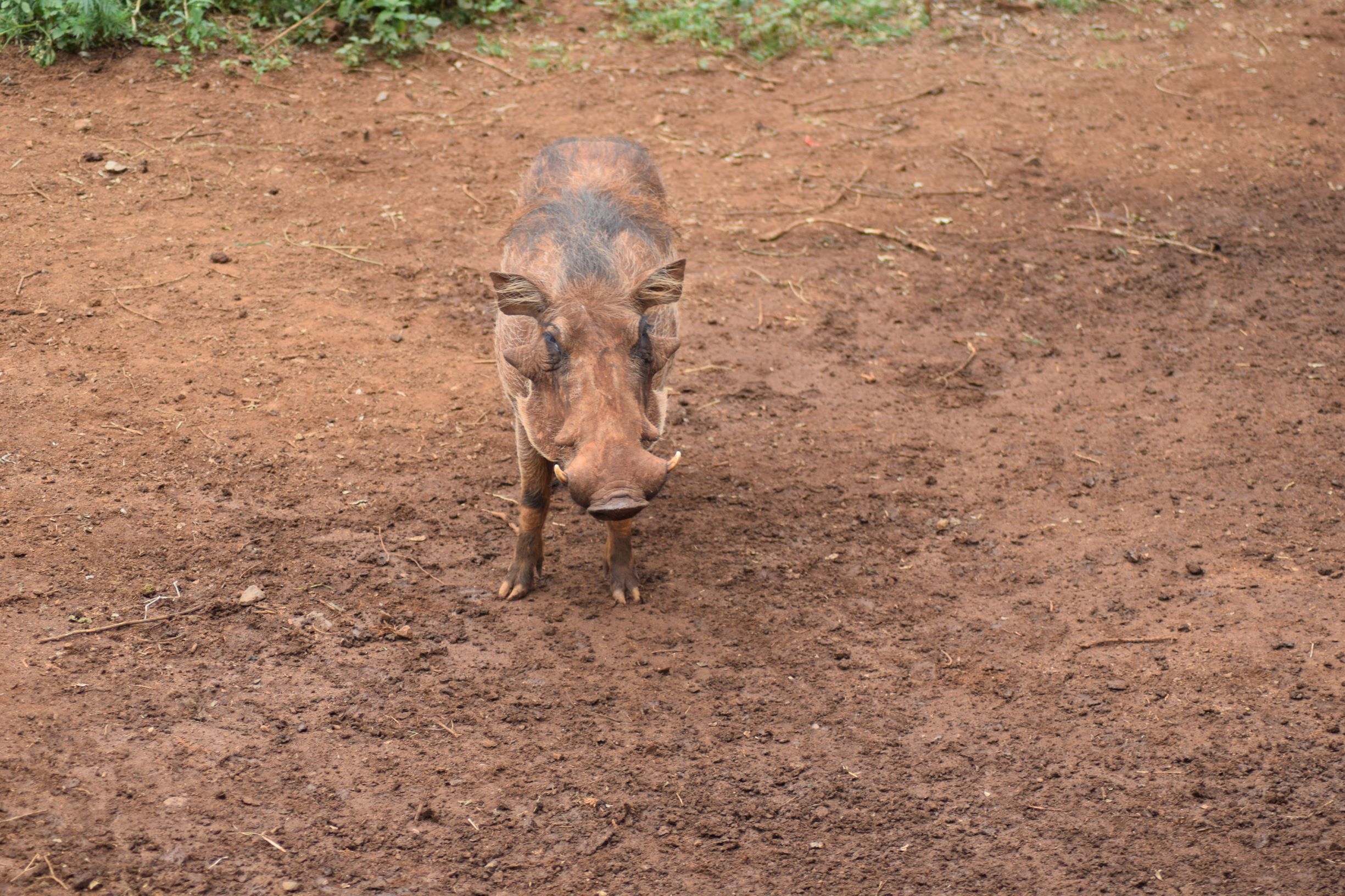 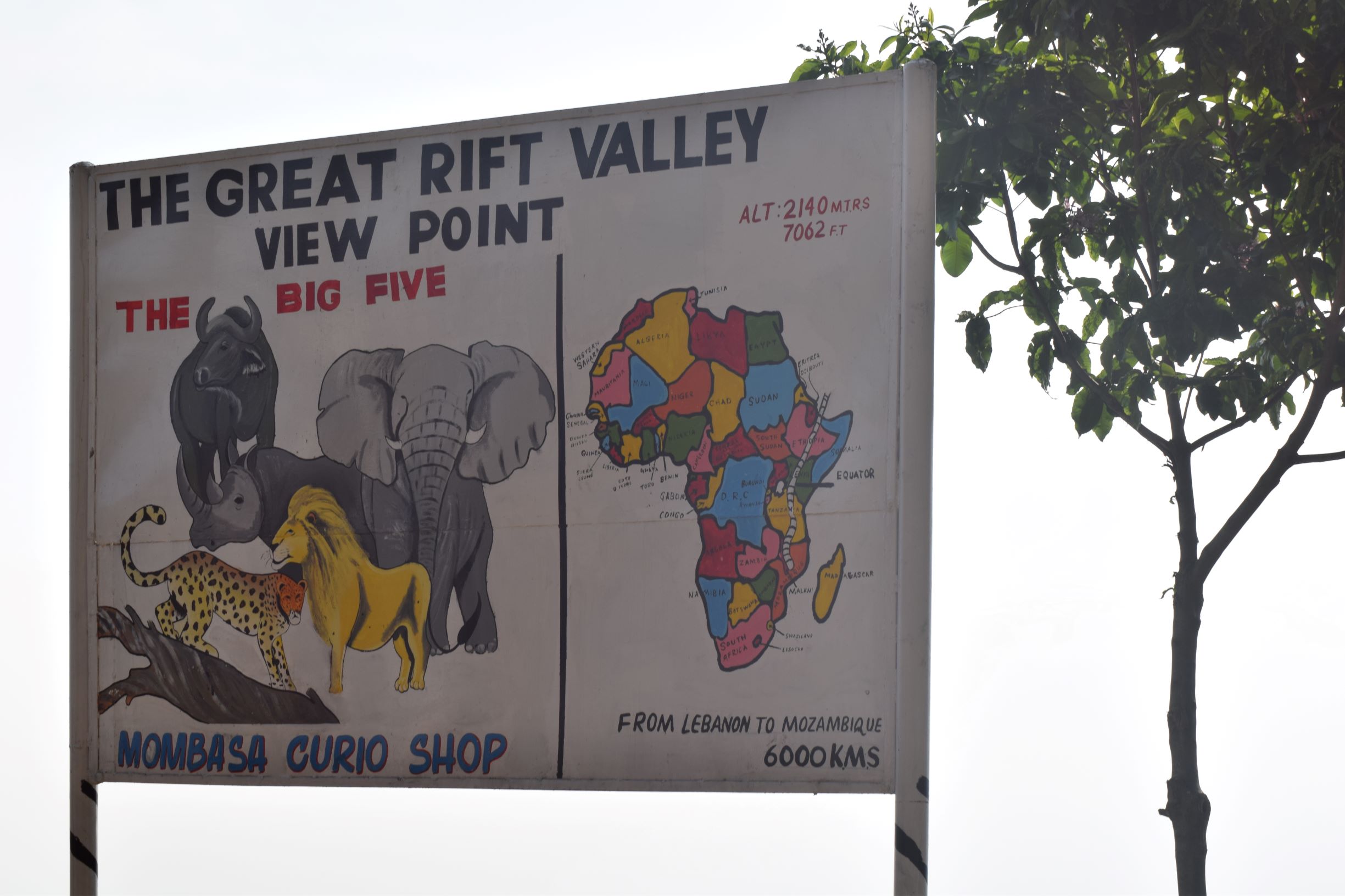 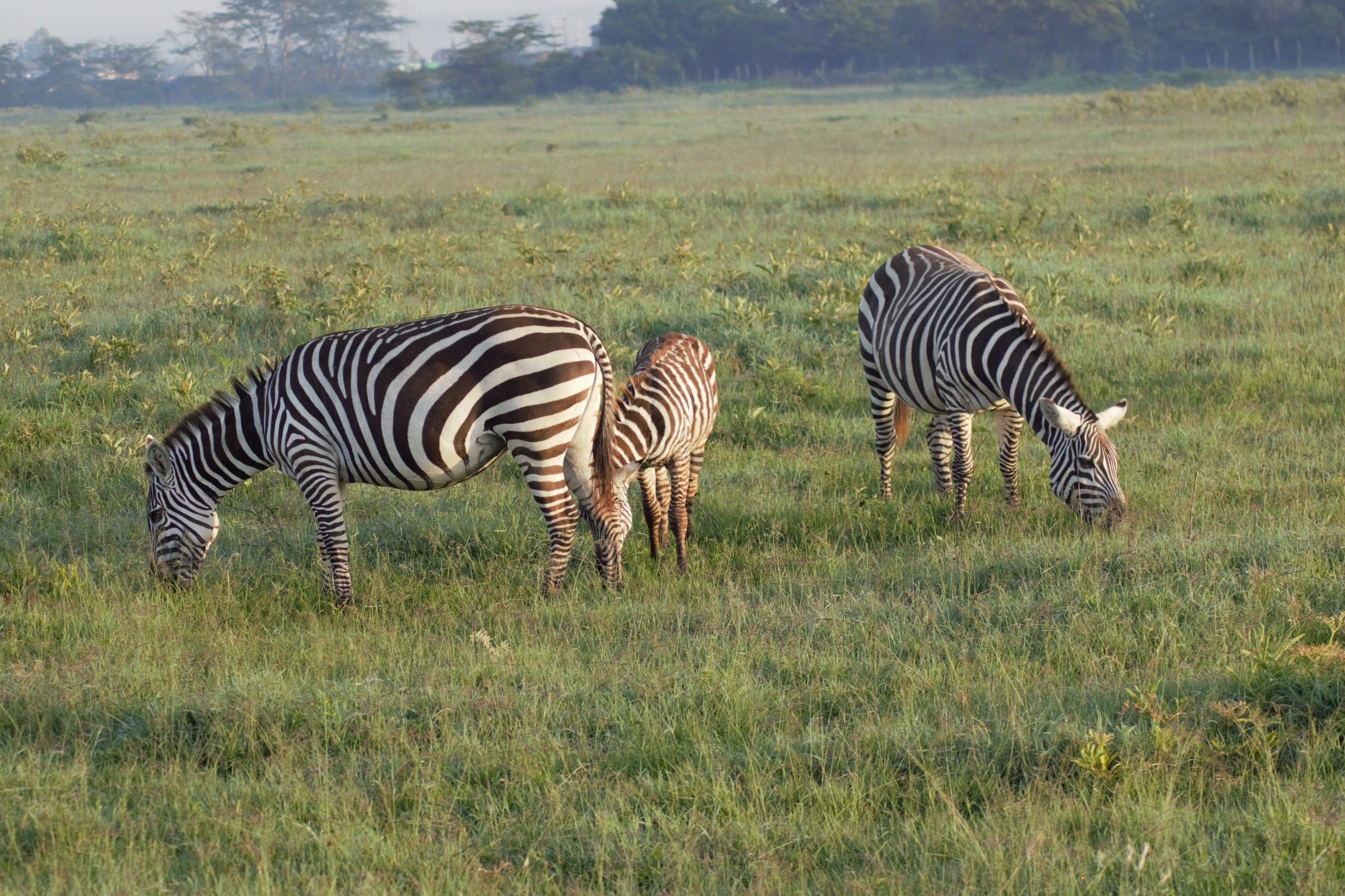 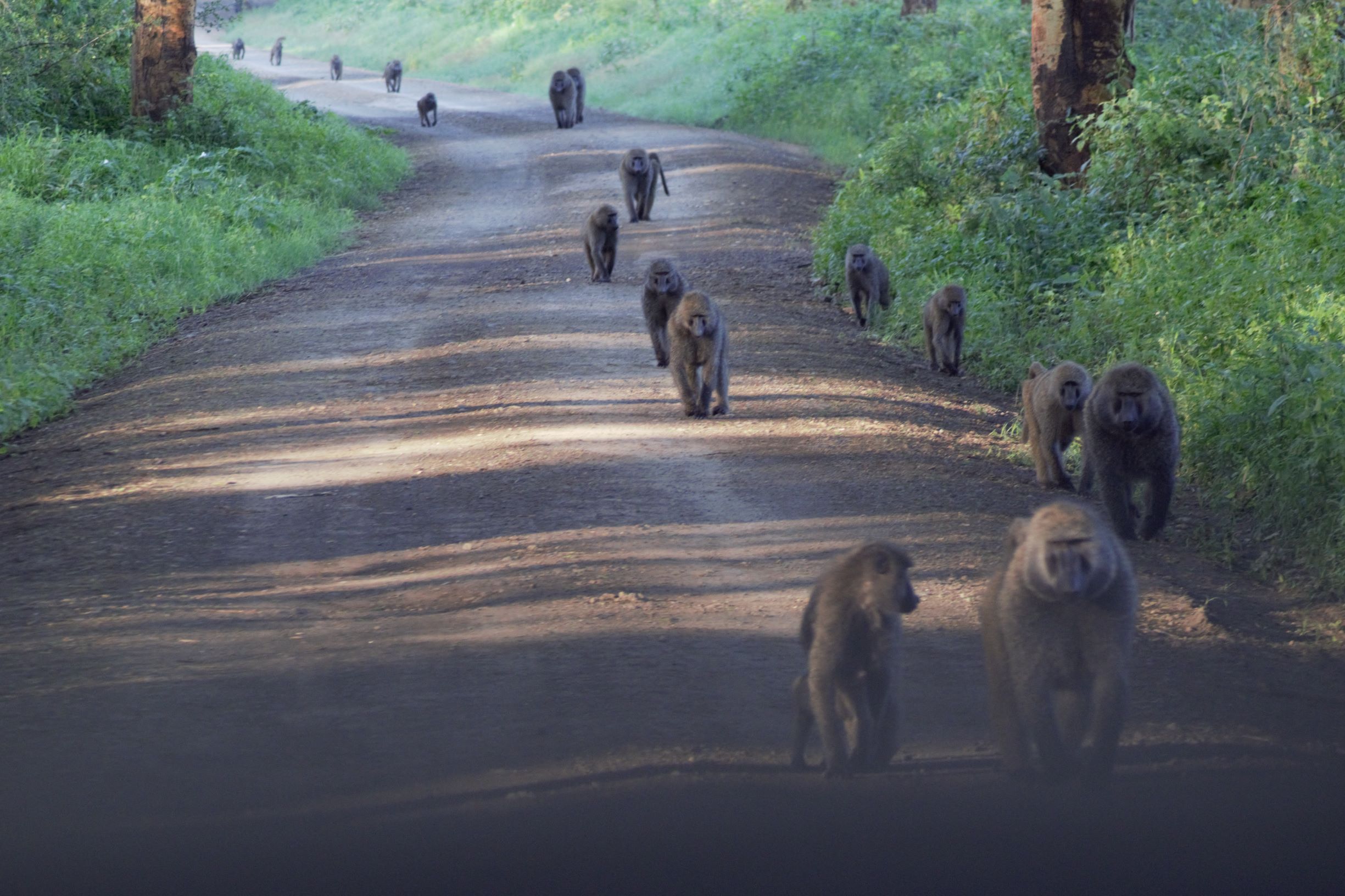 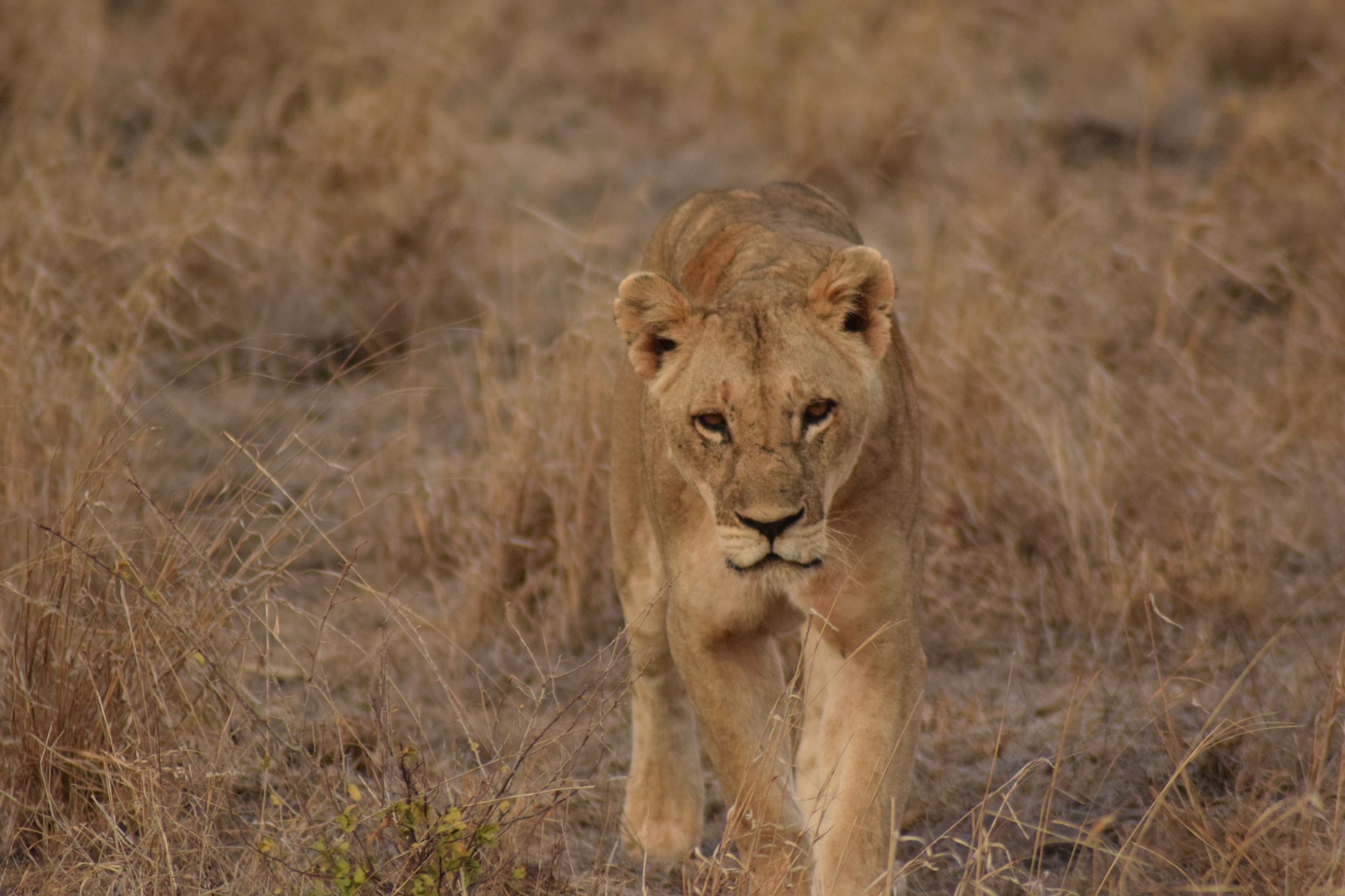 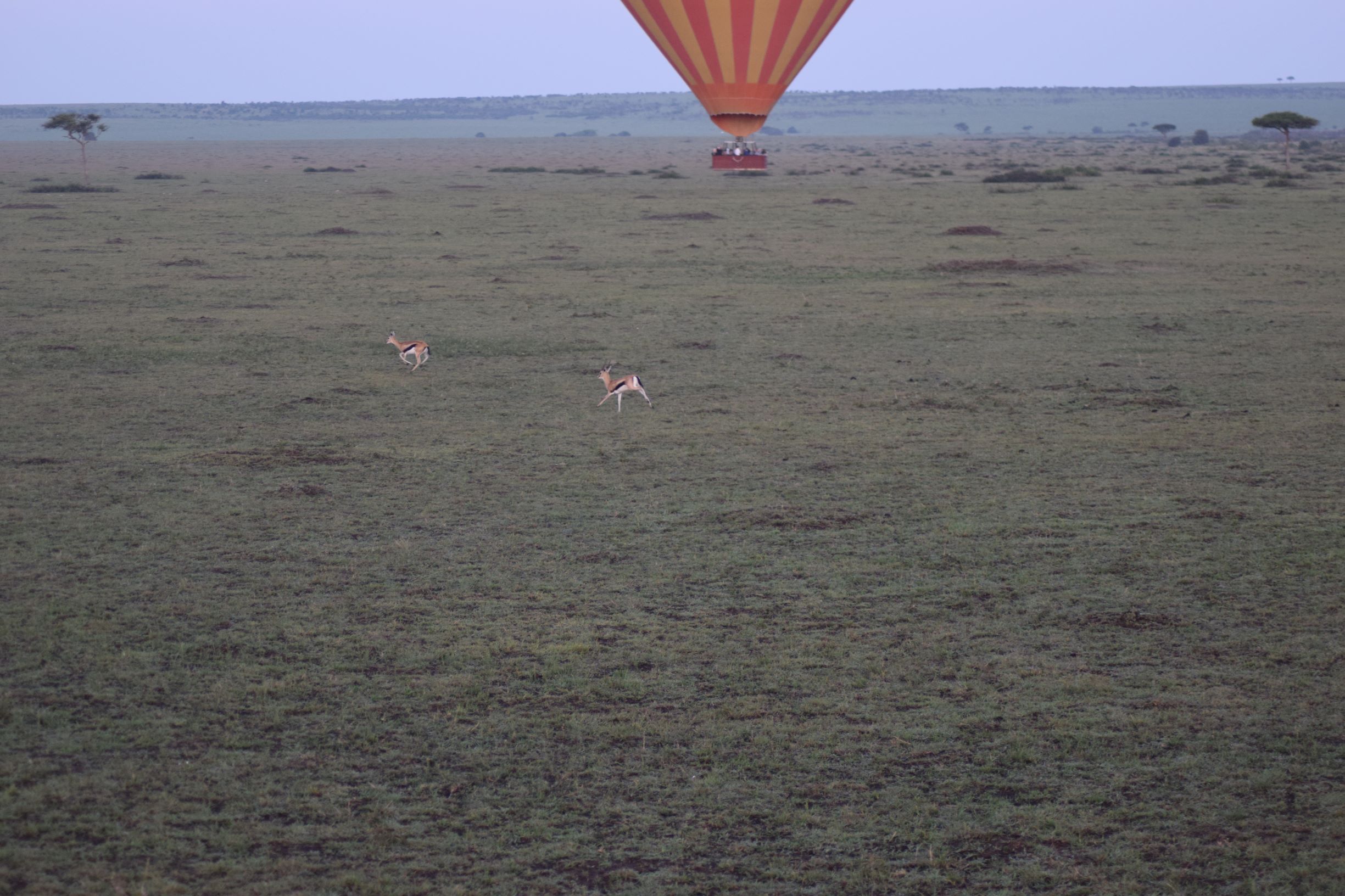 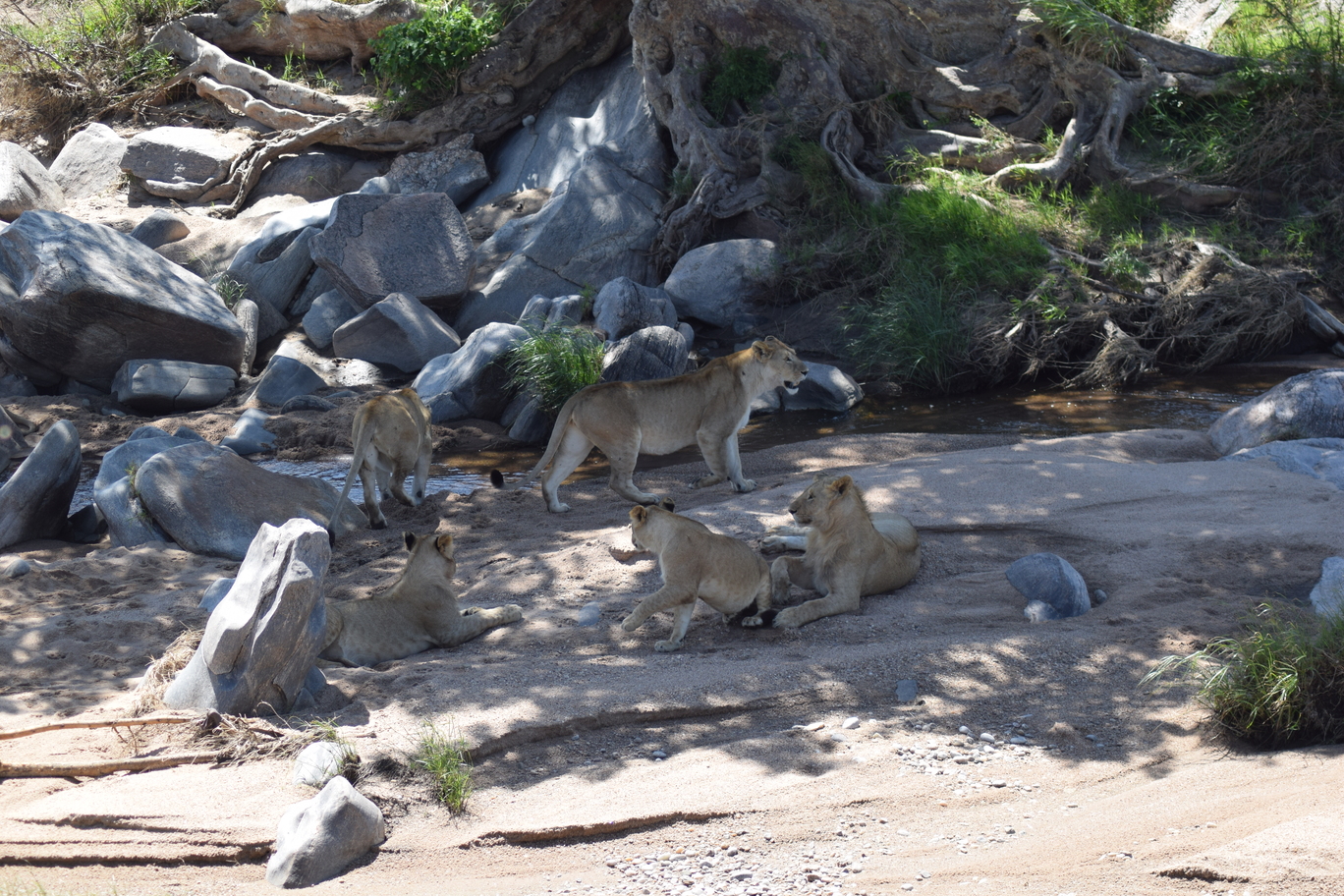